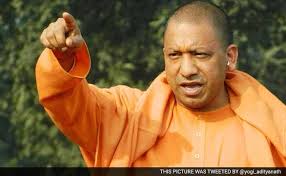 The keenly awaited news of who will be the next CM of UP is finally out. As usual most of the news channels with their highly placed sources got this prediction wrong too. No one really expected BJP will declare Yogi Adityanath as the CM of UP. While this may be good news for the core supporters of BJP (Read VHP and RSS members), this is a disappointment for lakhs of youngsters like me who supported Modi purely for the promise of development.

Although we should not prejudge a candidate before he even has taken oath, we can always raise doubts about his or her qualification to be a CM of the largest state of India. Yogi Adityanath may have won as member of Parliament 5 times in a row but his rhetoric against Muslims is highly objectionable. The significant rise of BJP/Modi pan India is because he was able to garner votes from people beyond BJP’s core base. For these people, Ram Mandir and Hindutva is not an issue, their expectation from Modi was he would deliver on economy, infrastructure, good governance and curbing corruption. Appointment of Yogi Adityanath signals a betrayal of this expectation.

One may argue that may be Yogi Adityanath will tone down his rhetoric and completely focus on governance issues. But for a leader who has cultivated his support base around communal rants against Muslims it will be difficult to suddenly abandon it. He is after all answerable to this very support base.

He may personally want to tone it down as he has won the biggest prize of the CM’s post but his supporters will not remain silent and he will not be able to reign them in.

I hope all my doubts and suspicions will turn out false. I will be happy if he proves all skeptics wrong. However, if he continues with the communal agenda then the blame must squarely be placed on Narendra Modi. It may turn out to be the biggest blunder by Modi, as he will risk losing lakhs of supporters including myself who have supported him strictly for development and development only.